Stephen Semple: Hey, everyone we are going to talk about Key Business Indicators. I’m Stephen Semple. I’m a Wizard of Ads Partner from Toronto, Ontario, was just down here attending a Young Writers Workshop that was actually, one of the instructors was my buddy here, Gary.

Gary Bernier: Right, but revenue is what you and I refer to as a trailing indicator.

Stephen Semple: Yeah. What Gary means by trailing indicator, and this is where everybody gets caught, is, if you think about the sales cycle, there’s you get a lead, and there are all of these things happen which result in a sale, so it’s the very last thing that happens, and it’s … Hey, sales are important, but it doesn’t tell you where you’re going or where the problems are. It just tells you where you’ve been. I know you’ve developed some really awesome indicators that we can all use for helping us get a better idea where we are in our business, so where should we start when we want to start thinking about that?

Stephen Semple: Yeah. When you’re doing an executive dashboard, what you want to do is, you want to figure out six or eight items that you’re measuring and keeping an eye on that you can actually impact that give you a good indication of the health of your business, and most definitely a couple of those indicators you want to be much more leading indicators, not, so that you can start making adjustments of course or identifying problems long before they arrive.

Gary Bernier: Right. One of the things that people talk to us about is the measurement of marketing, and yet we do these bonding campaigns, and we use the radio. We’ll use billboards. We’ll use television, and we’re putting a bonding message out there, but yet we want to measure our results. This is why the leading indicators become so important to us is, how do you know whether the message that you’re running is actually being heard and doing something?
The first leading indicator that you can look at is your web traffic, because most likely today, if you’re doing a radio ad, you’re closing with, “And visit dub dub dub whatever dot com,” and so people are then driven to the website to pick up the phone number, or the directions, a little bit more information before they either pick up the phone and call you or come in, right?

Stephen Semple: Let’s face it today if it’s a major purchase, so if it’s something that has any sort of significant dollar value or emotional investment into it, what are people going to do before they come to your store or give you a phone call or do any of those things? They’re going to go to your website. The stats show that. It’s like 80% of people visit the website before making a purchase.

Stephen Semple: I would think it’s a good thing.

Gary Bernier: It’s a good thing. That means there are more people getting to your website, so if you drive and direct search, one of the bonuses these days is, that’s the number one dial that you can influence in improving your SEO rate, so if the bonding campaigns that you’re running are driving your direct search number up, that’s helping you twice, because your SEO rankings are going to go up as well, which means more traffic to the website. 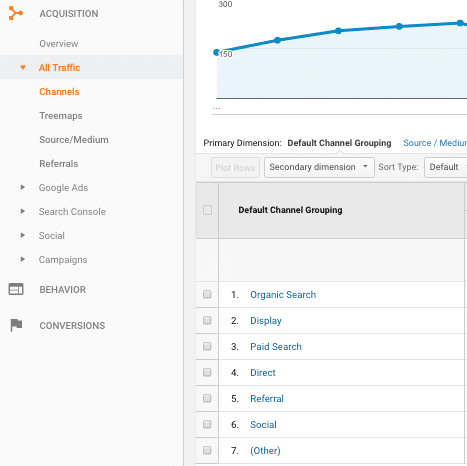 Gary Bernier: Your organic search and your direct search numbers moving up, staying the same, or going down, is one of your leading indicators because that’s usually the first touchpoint for a new prospect coming into the business. Right?

Gary Bernier: Okay. In analytics, if you actually pull up your own analytics, you want to go down to where it says “acquisition,” and you want to look at the acquisition methods. It’ll break them out for you. Direct search is when somebody types in your URL and comes directly to you. There really wasn’t a search that took place. An organic search will happen when somebody’s maybe typing in “air conditioning” and coming to you, or your company name, but not with the dot-com on it, and launching your site out of the search results. Direct is when they come directly to you, and the organic search is when they’re doing the search to come to you. Again, those are the two numbers that if you’re doing a big marketing campaign, those two numbers should see a lift. 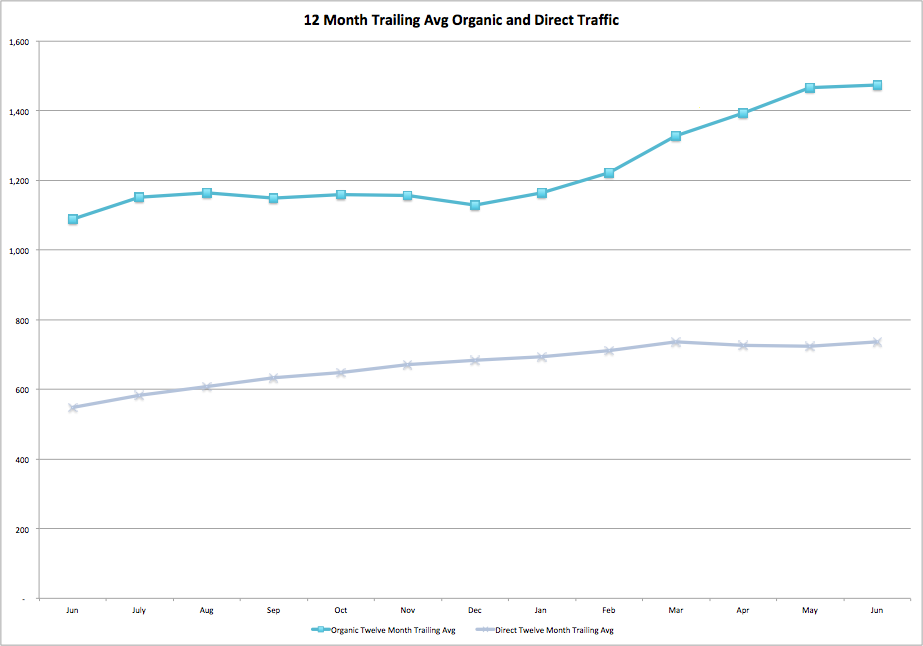 Gary Bernier: All right, so from your website, you may have a form that they can fill out to engage with you, but most likely these days, we see people put their 800 number, their phone number there, and what you’re measuring then is the number of calls that are coming in, so you want-

Stephen Semple: how many people pick up the phone and give you a phone call?

Gary Bernier: Right? I’m trying to watch the ratio of my web traffic to my inbound phone volume to make sure that my website’s doing its job and that people are actually making that small leap from the website to my phone.

Stephen Semple: Okay, so we want to track inbound phone calls. We want to track web traffic, but how do we reconcile this whole situation of, if we’re creating a campaign that’s a more relational, less transactional, campaign, that in fact we actually might have calls dip a little bit? Couldn’t that happen as well?

Gary Bernier: Yeah. Yeah, so transactional marketing, or a transactional campaign, typically has a big offer in it and is driving people to that offer so that when you put a direct offer out there, yeah, you’ll see a spike, but what you’ll see right after it is, you’re going to see a big dip, because usually they’re time-limited, so they have no sustained.

Stephen Semple: Well, it’s to take out our seasonality. What I’m hearing, though, is that really, the important thing is, okay, so we’ve now got two leading indicators, take a look at direct traffic to your website, organic traffic to your website, you want to see that lifting. You want to call your shot on your expectation of telephone calls. Really, that’s a lot of what this is, is setting your expectation and seeing if that expectation gets met, so what’s the next thing that we would potentially track in that?

Gary Bernier: You’ve got your web traffic. Then you’ve got, like I said, your web forms and phone calls these are leading business indicators. That’s to let you know if your website’s working. Well, now you’re into the middle of your business. Now, you’re firmly into your sales cycle.

Stephen Semple: So we’ve got that, so those are the ones would be your lead acquisition indicator.

Gary Bernier: Those are what we call the leading indicators. That’s at the beginning because that tells you if the marketing’s doing its thing. It’s driving more traffic to the web. It’s driving more phone calls. Now, if all of that traffic’s coming to the business, it’s about conversion.

Gary Bernier: This is about your … In the middle, it’s about measuring your sales conversion rate.

Stephen Semple: Right, and making sure that that’s healthy and then what pops out, in the end, is sales.

Stephen Semple: Right. Well, and the other neat thing is, is that the earlier you figure these things out, the better the chance is that you can actually make a difference in the month or in the quarter or whatever period you’re in, but the other thing that’s really cool that both Gary and I have experienced when these things are put in place is, business becomes much more predictable, especially with businesses that have a little bit of a longer sales cycle, because now what starts happening is, is if, let’s say, for example, you have a three-month sales cycle, that leading indicator can start giving you a bit of an idea of what is your sales, what’s the delivery of your product or service going to look like three, four, five months down the road? It becomes a really great tool for the running of your business, and quite frankly, making your business a lot more predictable.

Gary Bernier: Yeah. Yeah. Taking a lot of the unpredictability out of your business.

Stephen Semple: Yeah. Anything else? Anything else you want to, that you think the listeners need to know when we’re talking about key indicators?

Gary Bernier: No. I think, again, they should go back and watch your earlier video on the executive dashboard, get those tools, get these numbers that we’ve talked about here and start plugging things together.

Stephen Semple: All right. Awesome. Thanks for your time and interest in this video on Key Business Indicators.

Keyword Density Tracker – Why use a tool