Hi, I’m Stephen Semple. Wizard of Ads partner from Toronto, Canada. And one of the things I’m going to show you it’s old. And it’s grainy because it’s an old commercial from 1986. but it’s a fascinating case study about the impact of creativity. So this car show was made for the launch of the 501 stonewashed button-up blue jeans in Europe.

And basically, the thing that’s interesting behind it is when they ran focus group interviews, no one was interested in it. Everyone said to leave Levis nope. These things aren’t going to fly.

And on top of that, the price point. They set it up, which was 20 pounds back in 1986, was a very high price point for jeans. And all the major retailers said we’re not going to be interested in these jeans at that price.

So here’s the commercial that they ran. I want you to, and we’ll talk a little bit more about the creativity and some of the other surprising things that happen from this commercial.

Sales of the 501 jeans went up 800% following that commercial.

Despite focus groups, saying, no one’s going to be interested in button-up flies.

Despite all the retailers saying the price point is way too expensive. But what it goes to show is if you can come up with a creative idea cut through the clutter. You’ll have success.

But here’s a couple of other exciting things. Did you notice the young man was wearing boxers at the time boxers were considered the underwear of older men and we’re uninspiring, no one like them. And it was the Advertising Standards Board that insisted that the model had to wear boxers. Well, guess what happened?

Sales of boxers went through the roof.

On top of that, the music “I Heard It Through the Grapevine.” It ended up going back onto the music charts and hitting number eight on the music charts! Causing the record label to rerelease it.

“I Heard It Through the Grapevine”, hits the charts again!

So it’s just really this idea of the power that creative ads can bring.

But I also want you to think about this. If somebody came in buying boxers and you said, hey, “What made you want to come in and buy boxers today?”

Do you think anybody would answer the question, “Oh, it’s because I saw this blue jeans commercial, and that’s what made me want to buy boxers.”

So it’s worth pointing out a couple of other things about this commercial, and one is one of the things that makes it intriguing is you don’t know what’s going on.

It started with him coming into this laundry mat and taking his shirt off and putting stones in the washing machine. What the heck is with the stones? But that also tied to the message because they are stonewashed jeans. And so there’s all of this mystery and intrigue going on that pulls us into the commercial.

But the other thing is it used a potent device. And that is, let’s face it, it’s a handsome good looking guy. It’s the guy that we all aspire to be, and connecting that attractiveness to the product makes us feel like we’re that confident good looking guy when we put on a pair of stonewashed button-up five a one blue jeans.

So the rule of thumb here is creativity can be powerful. And we’ll get your attention. But where it becomes an igniter in terms of selling products is when you tie the aspirations that you feel when you’re watching that commercial directly to the product.

So, therefore, then the self-identification. The way you feel your ego is now tied to the using, wearing, and consuming of that product.

I hope you found this case study on creativity interesting, and I look forward to talking to you again.

Hear what Stephen has to say about building Trust in your advertisements.

The Worst Internet Marketing Strategy – EVER! 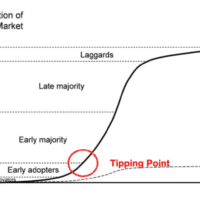 Tipping Point of Retail and the S-Curve 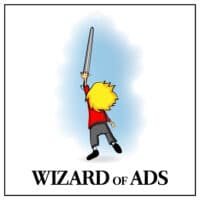 Ask the Wizard of Ads 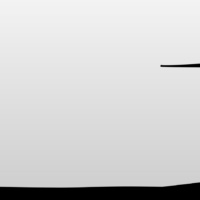